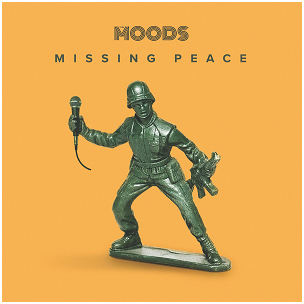 The Moods New Album, is packed with potent political messages, this is way more than just infectious music and rap. With honesty and urgency, The Moods tackle topics such as social injustice, inequality, poverty and corruption. (Released on A1M records Digital, Vinyl & CD on 29th September. P.O.P, (Profit over People), is the bands, second single, and is taken from the album. It comes with a powerful political message and thought provoking new video. At a moment in time when music is a crucial part of the push for social change, this breathtaking track is both resonant and relevant. (Single released on the 8th September).

The Moods are a ten-piece collective of producers, poets and musicians from Manchester and the North West. Combining drum & bass, reggae, hip-hop and EDM, The Moods’ mighty music sparks off a contagious need to dance. The band’s live act just got even more powerful with the welcoming of Alice, a classically-trained violinist, to the family; her stunning strings bring a whole new level to The Moods’ already awesome performance. The Moods make music with real grit and substance: they’re a band with plenty to say, singing and rapping with raw passion about the important stuff: war, famine, love, life and death. The Moods will make you dance, and then they’ll make you think.

Summer 2017 has been unforgettable for The Moods and their fans. The band have wowed crowds in iconic venues, in fields, even in a forest. What’s more, their first single, JOY, was met with critical acclaim, primetime regional radio airplay, tens of thousands of streams and stellar reviews. And the thought-provoking video to accompany the single, starring Steve Evets (Looking for Eric) has been entered for the BFI London Film Festival.

The incredible summer season culminates on the 8th September, with a huge homecoming gig for The Moods at Manchester’s landmark O2 Ritz, A huge celebration, to herald the release of Missing Peace, and signal a significant turning point in the bands progress. The Moods are ready to spread their word and their sounds all over the UK, so look out for even more unmissable live shows as the Mighty Moods, in the autumn, as they take “Missing Peace” on the road.